The Los Angeles Times ran a Star Wars: The Force Awakens article today, and in it Kathleen Kennedy confirms that Captain Phasma will be in Episode VIII!

But you won’t see Phasma tapping out after being carelessly knocked into a sarlacc pit like a wobbly toddler. Kennedy has big plans for Phasma and confirmed that the captain will carry on into the next movie. “She’s an important character, a baddie in the best sense of the word.”

So there you have it! Captain Phasma will be in VIII!  Thanks @SWMegaFan for the bit. 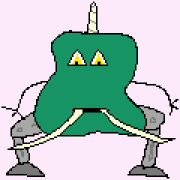