The Star Wars Underworld found something pretty interesting regarding rumors that have been making the rounds for a while now. For some time, rumors have been circulating that Han Solo will appear in Rogue One, played by Alden Ehrenreich, but we now have confirmation that that’s not the case at all. Gareth Edwards has confirmed to Extra TV during Celebration Europe that Han is not in the film.

“I’m not sure if I’m allowed to do this, but I think I should… Han Solo’s not in the movie.”

I am not surprised at all by this as I would have no idea how they would work Han into a film that is primarily about the Rebels stealing the Death Star plans. You can also check out the full interview with Edwards here:

The next rumor that has been debunked is about whether or not Hayden Christensen is returning as Darth Vader in Rogue One. Extra TV also got confirmation from Kathleen Kennedy that he will not be in Rogue One.

Very glad these rumors have been debunked as they have been floating around for months. It would have been cool if Hayden was indeed in the Vader costume during Rogue One, but I am also OK with the decision. Rogue One: A Star Wars Story hits theaters December 16th, 2016. 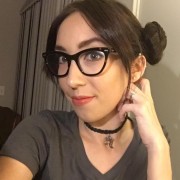