With the release of new YA novel Star Wars: Ahsoka fans were finally able to get a few answers as to what Ahsoka was doing between The Clone Wars and Star Wars: Rebels. Since I will be discussing details from this book, I’m going to warn you that there will be spoilers. Here is your warning:

Spoiler warning for Star Wars: Ahsoka from here on out! 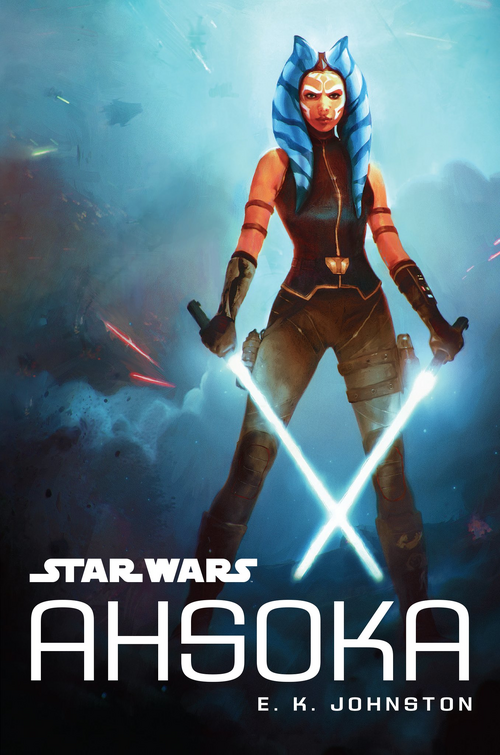 Now that you have been thoroughly warned, it’s time to talk about the juicy bits from this book that we’ve been dying to learn about: the early years of the Empire! Wait, what? That’s right, I’m going to talk about the stuff happening in the background of Ahsoka’s story (come on, this column focuses on the background stuff in the saga–what did you expect?). If you want to know what happens to Ahsoka throughout her novel this is NOT the article for you. But if you want to get an idea of how the Empire was functioning one year into the new regime, keep on reading.

The first insight we get into how the Empire works on its lower levels comes in the form of Jenneth Pilar, a former broker-turned-Imperial who runs numbers to help choose which planets to exploit based on certain specifications coming from higher levels of command. Jenneth is the Imperial responsible for sending the Empire to a planet Ahsoka is currently hiding on, but that is just a “happy” coincidence for story purposes. This particular planet, Raada, is a small farming moon with a very small population that, which as Jenneth notes, is inconsequential and expendable. But it is not just the population that is unimportant to the Empire, but the moon itself as well.

Raada was the perfect moon for the Empire to use and abuse for a short-term goal. It was in the Outer Rim, had a small population, and would not be missed (or even be newsworthy) when the Empire discarded it. The goal on Raada was to use the farmers to grow a specialized crop (more on that near the end of this article) that the Empire was going to use toward a certain moon-sized construction project. Not only was the crop not native to Raada, it was engineered to grow much faster than a normal plant, but the side effect of the growing process would destroy the soil it grew in and ruin the farming land. Once the harvest was done the Empire would leave the moon, essentially giving the population a death sentence by rendering its home uninhabitable and useless.

It’s not surprising that the Empire would find resources, even planet-sized ones, that it could exploit and burn through quickly, so this information, while new, is not exactly groundbreaking. Its when we learn more about how the Emprie goes about gaining–and keeping–control over a population that we start to recognize how quickly its methods can break a population. The events we see on Raada take place over only a few weeks, and within that small time frame we learn how quickly the Empire is able to fully take over.

The first thing the people of Raada see is a Star Destroyer entering the atmosphere over the farming moon. That image alone would nearly paralyze an unsuspecting population. Once the Star Destroyer is in the atmosphere ground troops start landing to immediately get the lay of the land (learn the pros and cons of the environment for things such as farming) and learn the routine of the indigenous people (work schedules, local hangouts, etc.). While this initial “scouting” is being done by Stormtroopers and low-level officers, other worker quickly construct the administration buildings and barracks. Soon after the Empire has settled in it takes control of the spaceport to start monitoring–and restricting–travel.

After being on the planet for only a day or two, the Imperials establish new rules for the people to follow during the occupation. Things like curfews and restrictions on gatherings are put in place so the Empire can implement use of its main weapon. No, it is not the firepower of the Stormtroopers or massive spaceships, but the fear caused by loss of freedom and threat of punishment. The majority of people would automatically be quelled into obedience by the mere presence of the Empire, but not everyone. There would always be those resisting the change and because of that resistance the Imperials overseeing the takeover are given permission to use excessive and deadly force to make people fall in line.

After the Empire has completed the early stages of its occupation it starts to push the locals harder to achieve whatever the ultimate goal for the planet is in a much quicker fashion. In the case of Raada the Imperials started adding hours to the work days of the farmers so they could plant more to yield larger crops. The Empire decides to pay the fieldwork  overseers enough money to either look the other way at the poor working conditions, or leave the planet altogether, while the rest of the workers essentially become slaves. After a population has accepted the new rules of the occupation the Empire is able to start bending the law, such as illegal search and seizure, without anyone to object or fight against the injustices.

The Empire uses fear as its main weapon early on because while it may have “won” the war it’s still spread thin across the galaxy while securing its rule. Their stormtrooper ranks are mostly filled with new recruits as most of the clones have started to “age-out” of the military following the Clone Wars. Because of lack of experience and confidence in the lower ranks the Empire is forced to use fear and brutality that keeps the people in line. However, there would still be some resistance from locals that the Empire would need to counter. When a pocket of rebels (not Alliance members) do not fall in line, the Imperials start taking away food to starve the population. The rebels then had to make the choice: fall in line or die from hunger.

When the most extreme rebels were not dissuaded by the starvation tactics they continued their assaults against the Empire. The “lucky” ones would be killed during any battles, but the unlucky ones would be captured and tortured. This included electroshocks via a chest harness, sensory overload, pain injections, and the ever-popular torture droid. After extracting the information desired, the Imperial in charge of the interrogation would either have the prisoner killed in the cell or publicly executed to send a message to anyone else who might consider resisting. Depending on the situation, they may implement the torture in public to emphasize what happens when you resist the Empire.

These are the methods we see the Empire use on a smaller planetary scale to gain control. When it came to the galaxy at large it should come as no surprise that the Imperials would seek to control as many aspects as possible, including business. One of the methods we see them implement is undercutting smaller business operations (in this case legal cargo shipments) with the intent of putting everyone else out of busines. Yes, this means that the Empire is Wal-Mart. The Empire is the major corporation putting the mom-and-pop shops out of business. As we know this is NOT good in the long run because once the smaller companies are gone the last one standing sets the market. Not only will the Empire monopolize a large chunk of the galactic economy, but also be able to keep an eye on what merchandise moves across the galaxy. These creates a need for illegal smuggling jobs for guys like Han Solo when buyers and sellers want to move anything, legal or not, that is considered contraband.

Here are a few other minor things of note from the book:

So, now we know the “how” of early Imperial operations, but do we know the “why” of what they are doing? Of course we do. It always comes back to this:

Now you’re probably asking what a small, inconsequential moon like Raada has to do with the Death Star. Fortunately the book tells us what the Empire is farming on Raada:

Working in low gravity sure sounds like Death Star manual labor to me. It really shouldn’t come as a surprise that the Empire is willing to kill a moon, and its inhabitants, just so workers would be able to grow the Empire faster. However, what happened to Raada was nothing compared to what the Empire did to Ilum, the planet with an extremely high concentration of Kyber crystals. The Empire sent mining ships to literally eat the ice planet to the core, exposing the lava center below, as it collects the crystals. Of course we don’t have confirmation, but it is implied that Kyber crystals will be critical to the firing system of the Death Star. Any planet is meaningless to the Empire if there is a benefit to be gained from its destruction.

Congratulations, citizens of the Empire! Look at what your thunderous applause bought you. Ruination, occupation, government-controlled business, and constant fear of death under Sheev Palpatine’s glorious new Empire!