MakingStarWars.net — Story ideas about Star Wars are not hard to find; a thought, comment, text, or tweet often sends fingers a typing.

But sometimes, stories–the important stories–well, they come looking for you.

Today, Chris Pirillo (creator advocate/consultant) contacted the Wards at MakingStarWars.net (MSW), and mentioned that the documentary Looking for Leia is short of its $25,000 goal, standing at $16,913 with only seven days to go in an all-or-nothing bid for funding.

“Would it help if I got out and pushed?”

As Obi-Wan said, “She needs your help…” So, Star Wars fans, you can make a difference by getting involved.

The official website of the would-be documentary describes the worthwhile project succinctly:

A new documentary film that explores the Star Wars phenomenon from the perspective of “fangirls,” women and girls who connect deeply to the galaxy far, far away and are unique in the traditionally male Nerd arena.
LOOKING FOR LEIA features interviews with an intergenerational and culturally diverse group of female fans who discuss their entry point into the Star Wars universe (original trilogy, prequels, animated series, comics, Extended Universe/Legends, video games, new trilogy, and stand-alone films), as well as film buffs and cultural critics, cosplayers and gamers, artists and authors.

It’s an exciting, challenging endeavor and one that its creators believe is essential in our current epoch.

“I saw Star Wars in the theater in 1977, when I was four years old. And the following year, when it was playing at the 10-cent matinée, I saw it ten times in one summer,” said Annalise Ophelian, the producer/director of the documentary. “I’ve been a fan since the start, and my Star Wars fandom has been with me my whole life.

“The idea for this film came about in 2015 when I attended my first Celebration in Anaheim,” she continued. “I was blown away by the number of women that were there, and the quality of fandom these women displayed, it was unlike anything I’d seen at other conventions, and it made me more acutely aware that my fandom was something I did in relative solitude.

“It made me want to know more about how women connected to the franchise and started me down the path of making this film,” she said.

The film has become a labor of love for Ophelian. The award-winning documentary filmmaker, psychotherapist, and consultant (based in San Francisco) believes Star Wars fan culture represents “a force of nature.”

“Looking for Leia is very much about how the women of this fan culture, women who have been there from the beginning and throughout every domain of fandom, experience and express their love of Star Wars,” explained Ophelian. “So it feels right that we’d be crowdsource fundraising for some of our production costs, because this is a project by and about fans, and it’s great having community hands on it.

“And we all want the geek cred, right?” she added. “We want our early supporters to feel proud that they knew about this project from its inception and were early on board, helping us make it happen.

“We want audiences, when they see this film, to say that’s about ME.”

But in the case of this intriguing project, ME is a wide-ranging moniker.

“Women have always been a part of Star Wars DNA–from Marcia Lucas, who won an Oscar for her editing of the original movie, to the fangirls who were inspired by it,” said Tricia Barr, a professional engineer who founded FANgirl Blog and co-authored the Star Wars Visual Encyclopedia. “We have been here all along.

“Looking for Leia is the story of the Star Wars fangirl community’s ‘Hero’s Journey.’

“It’s a story that the world needs right now. And that’s why I am a proud supporter of the documentary,” she said.

“I think it’s important to show that women are a powerful force in fandom and have *been* a powerful force,” added Atlanta-based cosplayer/writer Sarah Dempster, who has also contributed to the cause. “Star Wars, and genre fandoms, in general, are stereotyped as mostly male, but that’s not remotely the case.

“We’ve always been here, and we love Star Wars just as much.”

Women aren’t the only moviegoers who are looking forward to seeing Ophelian’s film. Fathers, sons, brothers, and boyfriends yearn for a complete picture of the Star Wars story.

“I have been producing content online for the greater part of 20 years, so I understand just how much it takes to create something for others to enjoy,” said Pirillo (who can be found @ChrisPirillo on Twitter). “I’m also tired of being exposed to ignorant sentiment suggesting that women ruined Star Wars.

“If it wasn’t for Marcia [Lucas’] editing prowess, I don’t believe we would’ve ever seen anything past the first film.

“I think the significance of this particular effort is timely,” continued Pirillo. “You have a minuscule faction of so-called fans suggesting that only people with penises should be allowed to enjoy Star Wars at any level.

“Those aren’t fans–by any definition–and I felt that way before our family welcomed a daughter. So, this is for her to know that she is an equal in this community,” he said.

Representation is key, and Ophelian wants to focus on that importance.

“Documentary film has such power for self-representation, it’s oral and visual, and it’s a document that’s forever,” she said. “Women are so rarely the focus of stories of fandom, and rarer still producing these stories.

“I also think women, and particularly women who live at the intersection of one or more marginalized identities, we know how to create our representation in an arena that often ignores us at best, or maligns us at worst,” continued Ophelian. “I think about the voices of women of color, First Nations women, queer women, women of trans experience, disabled women, immigrant women, the voices of elders and youth, across all these domains when we want our stories told we tell them ourselves.”

“The Alliance should be assembled by now…”

The film is necessary. Just a quick glimpse at social media can give clues to the number of “weak-minded” folks; fans in need for a push in the right direction.

“Looking for Leia is going to be a documentary that will open more eyes to the important roles of females throughout the Star Wars saga and explain what they mean to fangirls like myself,” said JennMarie, who runs the site anakinandhisangel.com and co-hosts the “Force Cult” podcast.

“I just think the whole idea surrounding this movement is so empowering. And having Leia as the front-runner, the symbol of that ’empowerment’ is brilliant!” said MSW podcaster/writer Becca Benjamin (Co-host on “Tarkin’s Top Shelf,” host on “Kanata’s Castle” podcast, and blogger for Coffee with Kenobi). “After all, [Leia] IS every woman. She’s a princess, a rebel, a senator, a leader, a sister, a wife, and a mother.

“Every woman and yet, she is balanced,” she said. “Now that is empowering.”

Benjamin speaks for many people around the world. So it’s no surprise that women used Leia/Carrie Fisher’s face as a powerful symbol after the 2016 election.

“I think Carrie Fisher’s passing coincided with a post-election moment in which the theme of resistance became especially vital,” said Ophelian. “Leia represented women-led resistance, but so did Carrie in terms of her fearless advocacy for mental health awareness and unapologetic insistence for acceptance.”

“I have a bad feeling about this…”

Unfortunately, none of this amazing content will find its way to screens without some serious help, ASAP.

“Our campaign ends on Friday the 23rd at 11:59 pm PT,” said Ophelian. “And it’s true, early on in the campaign a backer came on at the executive producer level. We vetted her and had communication with her, and then she vanished along with her pledge.

“Sadly, that pledge was inflating our numbers for most of the campaign, which I think gave a lot of our followers the impression that we would exceed our goal when we’re now struggling to make it.”

TFW you lose 1/2 your pledged funding due to 1 fake backer. We have 11 days left to rally for @LeiaFangirlFilm! https://t.co/QKLllieBQW pic.twitter.com/ej7wtrBouE

“Someone has to save our skins…”

There’s not a heck of a lot of time, and as of posting the project was still looking for $8,000.

“I like crowdfunding pop culture community projects when I can,” said Pirillo, who has put his money where his mouth is [and lent a hand on this piece]. “These are stories that will be appreciated indefinitely. And if I can help in any small way, then I am happy to play a part.

“You only need to look at the brief teaser to ascertain the skill of this production team,” he added. “I was impressed.

“While I don’t know the producer on any level, this just seems like something the Star Wars community has sorely needed.”

It will be the fans themselves that save the day.

“Of course, we don’t exactly have studio money rushing to our aid. Women’s projects are often considered, ironically, either too personal or too political,” said Ophelian. “It makes sense to me that community support will be a significant foundation for the production, and we have every intention of honoring that support and girls and women in Star Wars fan communities with what we create.”

Those looking to help Looking for Leia “stay on target” need only visit their Kickstarter.

The Kessel Toy Run 2019 is here! Donate Star Wars Toys to Hospitalized children and their siblings!

Our Star Wars friend lost his two year old niece. How we can help.

The Kessel Toy Run 2019 is here! Donate Star Wars Toys to Hospitalized children and their siblings!

Our Star Wars friend lost his two year old niece. How we can help. 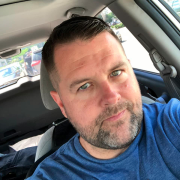 A graduate of Boston and Northeastern universities, John Bishop became the beat reporter for BostonBruins.com prior to the B’s 2006-07 hockey season. While with the Bruins, “Bish” traveled North America and Europe to cover the Black & Gold’s every move via laptop, blog, and smart phone. The co-author of two books, Bygone Boston and Full 60 to History: The Inside Story of the 2011 Stanley Cup Champion Boston Bruins, John covered the XXI Olympic Winter Games in Vancouver in 2010 and the B’s 2011 championship run and banner raising before taking a faculty/communications position at a prep school outside Boston in 2013. He lives with his wife Andrea and sons Jack, Scott, and Luke in central Massachusetts.