In 1983, when I was four years old, my uncle took me to see Return of the Jedi. I was hooked—I saw it a handful more times in the theater and collected every action figure, lunchbox, and iron-on T-shirt transfer I could get my hands on.

In 1991, when I was 12, my mother bought me the hardcover edition of a new Star Wars book: Timothy Zahn’s Heir to the Empire. I devoured it and the rest of the Thrawn trilogy, and my eyes were opened to the Expanded Universe, and Star Wars lived on.

In 1997, when I was 18, I went to film school. On the first day of class, we went around the room, with each freshman telling the group why he or she was there. One kid said Mean Streets. Another said Breathless. I said Star Wars and was nearly laughed out of the classroom.

I waited in line for The Phantom Menace, Attack of the Clones, and Revenge of the Sith. I read the breadth of the novels and short stories that comprise the Expanded Universe.

I wrote four novels and a half-dozen screenplays. I got married. I had a daughter (who, incidentally, was the impetus for this adaptation).

After re-reading Heir this past spring, I realized that I needed a writing project to occupy my time during the summer. With my wife working and me on summer vacation from teaching high school English, I decided I’d work while the baby napped and hopefully finish the screenplay in a month or two. I used not only Zahn’s novel, but the Dark Horse comic adaptation, which was incredibly helpful for visualizing certain scenes. Thus, the script was born:

Five years after the destruction of the second Death Star, the REBEL ALLIANCE has driven the remnants of the IMPERIAL STARFLEET to a distant corner of the galaxy.

The Alliance has established its fledgling government, THE NEW REPUBLIC, in the old Imperial Palace on Coruscant. Princess Leia and Han Solo are married and expecting Jedi twins, and Luke Skywalker has become the first in a long-awaited line of JEDI KNIGHTS.

But thousands of light-years away, the last of the Emperor’s warlords has taken command of the shattered Imperial fleet, readied it for war, and pointed it at the fragile heart of the New Republic…

Click here to read my Heir to the Empire script. (It’s free to read. Spread it around. I’m @kflinn1 on Twitter.)

I know full well that this movie will never be made. With the Lucasfilm Story Group’s decision to make most of the Expanded Universe non-canonical, Zahn’s characters and stories were now mostly moot. However, it’s still an incredible story, and the one that kick-started the resurgence of Star Wars—a few years after Heir was published, Kenner released its new line of action figures, and eight years later, The Phantom Menace hit multiplexes around the world. I felt like I owed it to four-year-old me (and 12-year-old me, and 18-year-old me) as well as Star Wars fans everywhere, to see what Zahn’s novel might look like if it indeed became a film.

I had to cut some things–Fey’lya and the political plot were particularly hard to let go–but the script still clocks in at a whopping 181 pages, which is just over three hours of screen time. (That’s a long movie, even by today’s superhero-marathon standards.) I hope you enjoy it, and I hope that what I’ve written does adequate justice to Timothy Zahn, George Lucas, and the Star Wars universe.

(NOTE: this script should be considered fan fiction and is in no way meant to infringe on copyrights. I have received no compensation for the script; it’s purely a labor of love.)

Thanks for reading. May the Force be with you, always.

The Skywalker Leacy: The Making of The Rise of Skywalker

The Skywalker Leacy: The Making of The Rise of Skywalker 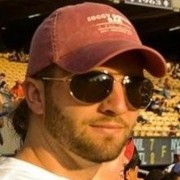