Star Wars: Princess Leia was one of the first comics announced as part of the return of the Star Wars license to Marvel. It was also the first in a line of five issue mini-series focused on specific characters. Set immediately after the destruction of the first Death Star, Leia follows the eponymous princess, still reeling from the destruction of her homeworld, as she attempts to track down Alderaanian survivors and protect them from Imperial genocide.

Given the time period the first three comics were set, Leia was the obvious character to focus a mini-series on. I never thought Leia’s internal struggle with the loss of her planet, people, and family was handled particularly well, especially in the movies. Except for a brief moment of sadness, A New Hope is non-stop from the Death Star escape to the medal ceremony. Not once during this span do we see any sadness from Leia, except when she pauses to console Luke over the death of a man he met 24 hours before. Instead we’re given a woman who bottles everything up inside for the sake of the mission and the survival of the Rebellion.

This seemingly cold disconnectedness from the princess is carried over into the comic. In fact, some in the Rebellion start referring to her as “Ice Queen”. Leia is in the unenviable position of being a leader of the Rebellion, the sole surviving leader of a people, and a teenager. It’s not surprising that the Rebel leaders would treat her, or at least try to treat her, with kid’s gloves. Many people expect her to be in grieving, including the Rebellion leadership. But the fact of the matter is, people deal with grief in different ways. This is the same Leia we see blasting her way out of the Death Star, and blasting her way out of Cloud City, and blasting her way through Endor. So when she hears that the Empire is hunting down the rest of the Alderaanian survivors, we know that she isn’t going to take it sitting down.

Throughout the series we get to see the same headstrong and determined Leia we got to know in the movies, but we also get to see her develop as a leader and, more importantly, a diplomat. This is a trait for Leia that has always been assumed (or maybe it’s just me in my EU-filled world), but we never see it on display in the movies. There are plenty of examples of her leadership, but all are pretty violent in nature. That’s not to say there isn’t any action in Leia, this is Star Wars after all. But in the middle of all the fighting, Leia learns how to earn the respect of the people she is supposed to lead. This characterization by Mark Waid perfectly captures the Leia we thought we knew and is an important addition to the canon.

This series is also important, because it demonstrated that a comic with a female lead can succeed. Not only did we get a series featuring Leia, the other character featured in the comic was a female Alderaanian pilot named Evaan. The dynamic between these two is interesting. Evaan is duty-bound to offer Leia her service, but doesn’t like her. She acts as a barometer for rest of the Alderaanian survivors’ feelings on Leia over the course of the series. Her conversations with the princess are mature, natural, and serve the story. Leia saw the Bechdel test and waved as it passed it at lightspeed. Marvel has been good about female-lead comics recently with Spider-Gwen, Thor, and Captain Marvel to name a few. I hope this means we’ll have more great female characters like Evaan and Aphra from Darth Vader in the near future.

One of the most contentious aspects of Princess Leia was the art style by Terry Dodson. I’ve heard a lot of complaints that the art lacks detail and that Leia looks nothing like Carrie Fisher. This is especially apparent when compared with the movie likenesses from John Cassaday in Star Wars or the highly technical art of Salvador Larroca in Darth Vader. In general, I like more detailed art, but I thought Dodson’s style was good for the subject matter. The more fluid style works well with Leia and there were some absolutely gorgeous panels. And, yes, the Leia is this comic looks nothing like Carrie Fisher, but that didn’t bother me at all because she feels like Princess Leia. Comic artists are replaced frequently and they often bring completely new styles with them. I think it’s unrealistic to expect a likeness to an actor every time a character appears in a comic and I also think it misses the point. Art style is a major tool in the storytelling, so I would rather see new and unique representations of Leia than Carrie Fisher’s face over and over again.

In the end, I thought Princess Leia was a good first go at Marvel’s character-focused mini-series concept. The characters were interesting, the art was fresh, and the story was solid. I do think it would’ve benefited from a longer run, though. The story felt rushed to the point that it got lost a little in the middle. Issue #3 was especially weak because of this. However, the series finished out strong in the final issue and left it open-ended enough that the storyline could be revisited in the future. I, for one, certainly hope it is. 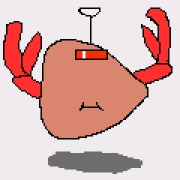