Disney’s D23 convention is right around the corner and we’ve been gearing up to get a little more info on Gareth Edward’s Anthology film Rogue One, or so we assumed the focus would be, but now we know for sure that The Force Awakens will be a part of the two hour-long presentation by Walt Disney Studios Chairman Alan Horn.

Now that The Force Awakens is a part of the presentation, it’s not certain if Rogue One will get any discussion. Also a “bevy of special guests” is set to appear. Any guesses on Star Wars cast members that might appear? Andy Serkis and Lupita Nyong’o have still not made an appearance at any conventions so far. Everything is still a guessing game right now, but I have high hopes for D23! 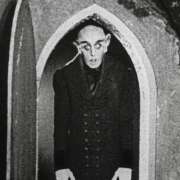