Two weeks ago I released an episode all about Star Wars Ring Theory, the amazing theory by Mike Klimo. I promised something extra special in the future, and though it took me a bit longer than anticipated, it’s finally here.

Also, don’t forget to check out the latest real-world history video. There will be more lore episodes very soon. 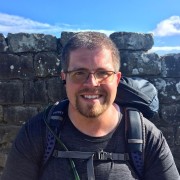