On this episode of “Rogue Won: A Star Wars Podcast for Winners,” Johnny, Mike, and Hawes talk the future of Star Wars television and ruin a Twitter troll’s day.

Be a Rogue Winner and subscribe! iTunes, Podbean, Stitcher, etc.

Do NOT forget to rate and review on iTunes because one out of every 10 reviews WINS Star Wars prizes! 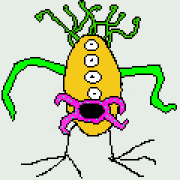