When Lucasfilm introduced the current canon in April of 2014 they started dropping little story hints across the different medias leading up the release of The Force Awakens. Various novels gave us our first introduction to new characters (such as Major Ematt in Smuggler’s Run: A Han Solo & Chewbacca Adventure or Sarko Plank in The Weapon of a Jedi: A Luke Skywalker Adventure) and planets (D’Qar in Lost Stars). Along with the movies, TV shows, and novels the newly relaunched Marvel comic line was also part of the new canon storytelling devices. While many memorable moments and characters have introduced in the main titles of the Marvel brand (the Star Wars and Darth Vader series respectively), there have been multiple miniseries which focused on specific characters. These may have seemed like one-off type of stories which allowed us to spend a little time with our favorite characters, but if we look past the main adventures of these stories we may come across some important bits of information that not only hint at future storylines, but potentially reveal details of major plot points.

This is exactly what appears to have happened in the Lando miniseries by Charles Soule. On the surface the story is about a heist Lando organizes in which he steals one of Emperor Palpatine’s personal space cruisers. Within that ship is part of Palpatine’s collection of Sith artifacts, including one particular item which corrupts the minds of some of Lando’s crew. The most memorable moment from this miniseries comes when we discover why Lobot acts like a human computer. His depressing predicament leaves a lasting impression on Lando, as well as the reader.

By ending the miniseries on such a down note, the most important detail of the story gets shuffled into the background. That detail is the object which corrupted Lando’s crew. It was a mask which we discover was created by a Sith sculpture named Lord Momin. Unfortunately that is the only solid information we learn about this mask so it is unclear if it was kept by Lord Momin or a different Sith was the eventual owner. What we do know is that it was a lifeless object imbued in the dark side that was strong enough to not only physical change the two Royal Guards who were protecting the treasures (their faces were warped and monstrous), but was able to completely alter the minds of those influenced by it. That influence was able to turn allies (and lovers) against one another as well as control the mind of the most intellectual person on the mission. 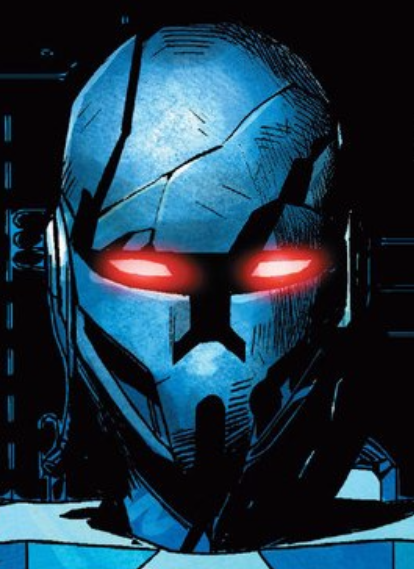 Helmet influenced by the dark side in Marvel’s Lando

Let’s take a moment to examine the significance of this Sith object. As we have heard many times, the Force is naturally part of all living things. Key word? Living. The idea that a lifeless object, like a mask, would have some sort of Force power that is able to control a person is an affront to the natural order. The Jedi would never manipulate the living Force by imprinting it on an inanimate object with the purpose of controlling others.

However this is not an issue for the Sith. They seek to manipulate the Force for their own gain, even if that means doing things that are not considered possible. Palpatine says in Revenge of the Sith:

“The dark side of the Force is a pathway to many abilities some consider to be unnatural.”

The Sith are constantly seeking power and control. Power over the weak and control over any and everything. Whether it was Lord Momin or another dark side user, someone was able to make the mask in the Lando comic so powerful that it destroyed the minds of three people, completely altering who they were. We do not know what the final purpose of creating this mask was, but there is no denying that its influence was far beyond what a normal person could handle.

The next dark side object of significance we see as the saga progress is in the novel Aftermath by Chuck Wendig. A group calling themselves the Acolytes of the Beyond are shown collecting a relic which they believe is the lightsaber of Darth Vader. They claim that their intent is to destroy it so it can be returned to its master in death. Since book three of the trilogy has not been released we still do not know the endgame of these Acolytes or if they truly intend to destroy the lightsaber or any other relic they have been collecting. It’s entirely plausible they have other plans for the items they are gathering. We also have not been told who is leading the group. The only fact we know for sure is that they are actively collecting items that have some sort of dark side significance.

So, where do these two storylines lead us? To The Force Awakens.

While many of the story hints leading up to the film we were essentially “Easter eggs,” I strongly believe Lucasfilm showed us a large piece of the puzzle when they released the second trailer at Celebration Anaheim.

The melted helmet of Darth Vader. While it would be simple to explain its inclusion in the film as as nod to the character and his popularity, the people in charge of the Star Wars story do not include major things “just cuz” it’s cool and fun. We know that Kylo Ren is not only inspired by Vader, but also seeks to achieve similar goals. By including the helmet on screen the filmmakers reinforce the connection between Kylo and Vader. However, bringing back something as iconic as Vader’s helmet just to be a set piece feels a bit thin.

One of the things to consider is how Kylo ended up with the helmet in his possession. Obviously Vader was dead before Kylo was even conceived, so it’s not like he could have just picked it up from the funeral pyre the next day. That is where the Acolytes of the Beyond potentially come into play. If they had tracked down Vader’s lightsaber it is very possible they would come across the location of his charred remains on the forest moon of Endor.

As I stated earlier we can’t know for sure what exactly was done with the objects the Acolytes collected. They may have been destroyed as intended, but there is the possibility they weren’t. If they were preserved in a collection instead of being destroyed it would mean they either were collected by the leader of the Acolytes or acquired by somebody else at a later date.

We know that by the time The Force Awakens starts Kylo Ren is the current owner of the helmet but that does not necessarily mean he actively sought it out. What if it had been given to him by his new master, Supreme Leader Snoke?

Snoke would see an opportunity to exploit once he recognized the fascination the young man had with his grandfather. Kylo Ren, who willingly follows the dark side, would not need to be controlled, but that does not mean Snoke wouldn’t potentially seek to hold sway over his mind. Assuming that Snoke knows the same dark side techniques as many previous Sith lords and dark side users, he would be aware of the ability to force his will onto inanimate objects. What better way to keep a level of influence over Kylo than to give him an object strong in the dark side which he will keep as close as possible.

Assuming Vader’s mask is used in a similar way to the one we see in the Lando comic, it’s important to note the level of influence they seem to have on the people around them. In the comic it drove people insane within moments. Vader’s mask does not seem to have that type of power over Kylo Ren. I believe there are two reasons for this: mastery over the dark side and the intent of what was trying to be accomplished.

Whoever put the dark side energy into the mask from the comic book either did so carelessly or had done it with the intent to completely control or destroy whoever was influenced by it. Whatever the reason, was the result was not very effective considering they all went mad and died.

If Snoke wanted to use the same technique to assert a degree of control over Kylo he would not have to put “100% power” into the object. He would do so with a little bit of finesse. Instead of using Vader’s mask to assert complete control, Snoke could use it to keep the presence of the dark side close and almost always within physical reach of Kylo Ren. Snoke feeds Kylo’s dark side “addiction” without him ever being aware of it.

Now why is this important? We see in The Force Awakens that Kylo is conflicted. He says multiple times that he feels the pull of the light side. If he feels this pull and is unsure of this place within the Force you can be sure that Snoke is aware of the issue as well. It might be hard to put full faith in your student if you know he is not 100% committed to the dark side, so Snoke needs to give him a subtle–and hidden–push. If the helmet is indeed imbued with dark side energy it becomes the perfect tool for Snoke to secretly continue influencing Kylo.

If Vader’s helmet is in fact a dark side tool we may see it become a item of great importance in the next two films. It could lead Kylo deeper into Snoke’s grip, or its true purpose of manipulation could be revealed leading to Kylo Ren turning against Snoke.