Last week Lucasfilm announced on Starwars.com that multi-talented actor, writer, director, artist, and comedian Donald Glover had been cast to play the role of Lando Calrissian in the upcoming untitled Han Solo Star Wars Story.  Glover appeared on The Ellen DeGeneres Show recently and commented on the role publicly for the first time.

To the surprise of basically nobody, Glover is a big geek and Star Wars fan.  Glover mentions that Lando Calrissian was his first action figure, along with Darth Vader.  Even his critically acclaimed show Atlanta was geek-inspired, as Glover says his goal was to make “Twin Peaks with rappers.”

The casting announcement of Glover has been met with pretty broad support and optimism.  Glover was long rumored for the role and has made his desire to be in a Star Wars film no secret.  However, not all Star Wars fans were excited.  Well known ESPN NBA personality and Star Wars fan Amin Elhassan has been quite public about his displeasure:

Name the last time he acted as ANYTHING other than ….Donald Glover https://t.co/JLlIGK1KZK

Personally, I enjoy Glover’s work and always appreciate it when an actor who seems to genuinely love the franchise is cast.  However, as Ellen herself notes in the interview, nobody can be Billy Dee Williams.  Glover will have to have his own spin on the role and it will need to be an exceptional performance in order to do justice to a beloved classic character.

You can watch a clip of the interview below and hopefully the full interview will be available online soon: 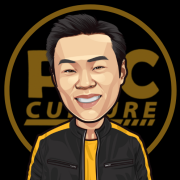 Ron is an editor and content contributor to MakingStarWars.net. He is one with the Force....the Force is with him.