On this first part of a two-part episode, we dig into his early acting career, his time in the Lion King and how he was inspired by Star Wars to become an actor. On an episode that often is interrupted by absurd humor and laughs, Dan also shares what went into becoming Shriv, how he got the role and the benefits to having a “pleasantly unpleasant” voice. He even shares info on a Star Wars role he auditioned for but didn’t get. 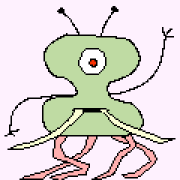